Neighborhood tours, the reason we’re going to talk about this right now, is this is really one of the secret weapons on how you can win against all when everybody else is competing for real estate attention.

And so now those videos are going to start ranking at the top of YouTube.

I’m doing a test right now with a syndicate member, and I’ll be able to show you results for a specific neighborhood. Brand new construction development, with 72 lots. And we’re going to take over Google for that neighborhood.

If anybody’s searching, we’re going to dominate the results by using videos. We did a press release, different stuff so I’m going to show you everything that we did.

This is the sweet spot for you, If you’re a realtor. Your sweet spot is making neighborhood level contents, say for example, we’re thinking about Google right now. If somebody is only searching for, “Denver homes for sale”, that’s a less qualified CA for a buyer, than somebody who’s searching for Westwood estates.

“Denver homes for sale” – if they know neighborhoods specifically, that they’re interested in then that buyer’s probably 50% closer to closing. You know, maybe somebody at a city level is only a year to six months out, but maybe in a neighborhood level they’re only three months out. So it’s going to get you closer to the sale as well, going to this kind of content.

What are in a Neighborhood tours Video?

Okay. So here’s some examples of stuff, that people care about:

For example, they want to know what schools are in the neighborhood. So you can show them. Like, from this neighborhood, here’s the drive to that school over there, right here. It’s a four minute drive to get you from here to the school or you just can show them what are the options, right?

Or again, what are the local restaurants around the neighborhood? Because if you’re going to move into Westwood of States, what’s great about living in that neighborhood, is that within a quarter mile, there’s six restaurants that you can pick from in. And so you could go show, you know, make a quick video.

And if you’re doing that kind of video, you probably have to do some editing, right? You wouldn’t want to just be driving around to every restaurant for 20 minutes. You would want to have a shorter video than that, but you could show, them that, “here’s the six restaurants that are within a quarter mile of Westwood estates, Denver, Colorado.“

When you got another video, each one of these can be a separate video. So what happens is you get three to five, or six videos for every neighborhood in your market. And that’s how you can start to really dominate and take over.

You can easily beat all those people by shooting some videos. You just got to be the one to do it. Showing the churches that are around there. Can they walk to church? Do they have to drive their car? What are their options? If they want to be in a local church, you show them that, right?

What are the, what’s the recreation opportunities in that neighborhood? you can show them what’s around there. Where can they walk to specifically? Is there anything else that’s close? Other places that people would care about, you know, is there a Lake nearby? Is there a Jogging trail and such.

How to improve your Videos

Think about what you care about, you know what I mean? What makes the neighborhood cool? If there’s an HOA, are there clubhouse or is there a community pool or any of these sort of things that you could talk about as well? And what’s great is, if you want to get videos, you know, like in this case when neighborhood tours, this is more going to be a YouTube strategy than a Facebook strategy, but this is how you can just take over.

So what is it going to take, for you to actually start doing it? How do you actually do this?

Here’s the easiest way to start your neighborhood tours video;

There’s a whole bunch of ways you can do it, the easiest way is get one of these 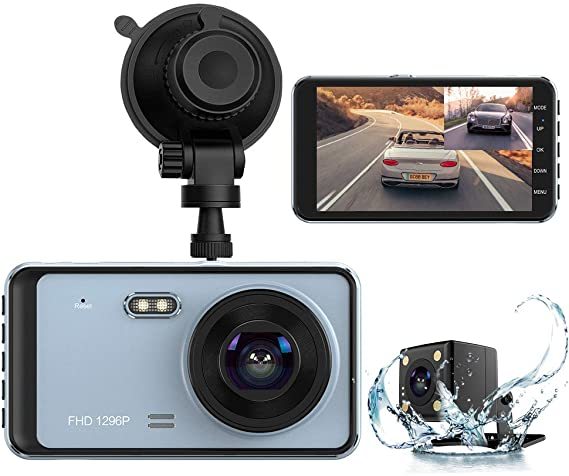 that goes on your window, position, your cell phone in a way that you can’t see the hood of your car.

Ideally, you got to have a clean windshield without a crack and all that, so that the video looks good and just drive around. And then all you do at the end in each one of these videos, you could talk in the background or you can pull it into I movie or whatever, Google and add a little bit of music probably.

Just shoot the video with your cell phone or if you want to get fancier, go grab a GoPro. Get a GoPro Mount that has a suction cup then mount it on the outside of your car, up on the front of the hood. And literally these are fast. These can be fast videos, right? It’s just like;

And you could show them that, pretty easily.

Also, if you shoot these kinds of videos and you don’t want to have to try to figure out any editing, these are great projects for somebody on Fiverr, you know, fivver.com

You can easily get a video editor on fiverr, if you, if you want somebody to fancy them up. if you make just one video a week, you have 50 videos that are out there making your business over the next year, right? And in general, if you actually are going to go to a neighborhood and shoot a video, you might as well shoot three to five videos in that neighborhood.

That way you got more than just one video, trying to compete in the whole world of internet, you can post a little army of five videos trying to compete together and that’s way better. So, you know, if you took that concept where instead of 50 videos, you did 50 neighborhoods, right?

Maybe you could have like 250 videos and we’re not talking about a huge amount of time because you could go out there and shoot, you could easily shoot three to five videos in one hour. All right. Let’s say you drive back to your office, edit them up, probably let’s say three or four hours a week into this pro process, but now you’ve got this army, an army of yourself out there selling people for you. you know, that’s, what’s, that’s, what’s so cool about, especially if you’re, you know, putting the videos on Facebook and you’re putting them on YouTube, this neighborhood content, you literally create an army of holograms right of yourself.

That at two in the morning when somebody is sitting on their couch in their underwear and they’re searching for a new neighborhood to live in, you’re available to answer their questions, even when you’re sleeping. Right. And it’s so cool that you can do that

neighbor to her. I think that’s the secret weapon for you as a local realtor on how you can compete with Zillow and realtor.com and the big aggregators that all want your money is neighborhood content. So when somebody, by the time they get down to knowing what neighborhoods they want to look for, when they’re searching for that kind of stuff, that’s how they’re going to get introduced to you and your business.

And you’re going to get to earn, you know,